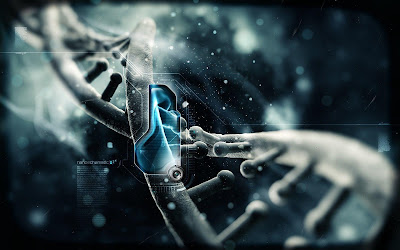 When we think about SciFi we sometimes forget that it usually is the truth in some capacity just out in front of the actual ordeal. Its a kind of storytelling setting that allows us to ask questions about moral dilemmas or situations while safely existing in our own sheltered universe!

Genetic editing via CRISPR has been in the news a lot lately, and this post is a few months after I released this episode. In China, a Dr genetically edited a a couple of sets of twins with the intent of making them resistant to HIV and to give them a better memory. Sounds good right? Well, maybe. It depends who you ask. I think Genetic editing is here to stay, the genie is out of the bottle for better or for worse. The question now has to become, "What do we do with this power?" Because it is indeed a power! SciFi as a genre has explored this ever since we discovered DNA /Genetics was a thing. And arguably before that since nearly all forms of discrimination at the core are based on genetics.

The first thing that popped in my head when I saw the story about the Chinese twins was GATTACA. If you haven't watched that, you need too! It's the most straight forward look at a future where genetics reign supreme. The moral of the story is essentially that some things transcend your genetic makeup. There is no shortage of SciFi taking this on in some capacity, from Brave New World, Kurt Russel's "Soldier", Star Wars, the list goes on and on...

But we forget our own checkered past. Slavery and Racism are as old as humanity itself. Eugenics and the idea of selective breeding. Mass sterilizations, and of course any number of genocide's from ancient conquests, to Nazi Germany, to Darfur. It turns out our History is perhaps even more colored by genetics than our imaginations.

When I think about all this though, I can't help but feel that there is some truth buried in all of this. I ask myself the question "If you can do some thing to make an improvement, are you morally obligated to do so?" And I find myself answering yes almost immediately. If we really could eliminate HIV via editing our own DNA, should we? I don't know how you argue against that! But of course the slippery slope exists too, "Where do we draw the line on what can be altered?"

This made me think about "nationalism" which has been a political buzzword since forever. People identifying with where they live, which often times correlates to a certain phenotype. So what if one group thinks it's objectively better than another? What if they have the power? Then your society is set up for slaughter. The danger here is the power of the "state", by which I mean government and democracy. Because of the nature of those two, you can quickly find yourself in a "mob rule" situation. And the Mob is not always right...

Who or what is making the decisions? Who or what wields the power? Why? For who or what's goal?

More questions than answers on this topic. And I'll stop there for now. Want to get in trouble with everyone all at once? Talk about possible genetic advantages for too long.... Hit me up in the comments if you want to discuss it more!


Here is the list of stuff that inspired this episode:

CRISPR BABIES
CRISPR is Terrifying
History of Eugenics
The Ballot or the Bullet
Soviets got it wrong
I could go on and on with links, you get the idea. Just look for any "Government gets it wrong" story, or "superhuman guy etc..."