If you follow the podcast or the facebook page you've no doubt noticed I have a lot of "space" or "physics" related posts.  Well here is why!  I have always been a "space enthusiast".  It is the "final frontier" after all.  One of the few places left where imagination can run wild, and we don't have all the science figured out.  What is out there and how far does it go? Ever since I was kid looking up at the stars or the moon, even if only for a few seconds, has been deeply satisfying, and fills me with a tremendous sense of wonder and awe at the beauty of creation all around us. So what's this got to do with the picture of the man floating in space? 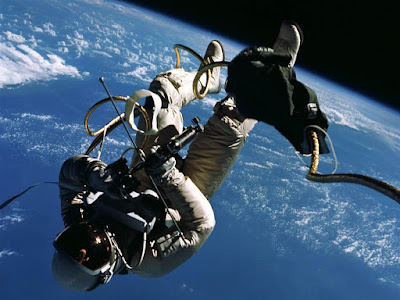 That man is Air Force Lieutenant Colonel Edward Higgins White II, the first American to walk in space, doing so on the Gemini 4 mission alongside astronaut James McDivitt. Born in Texas in 1930, Ed went on to graduate from West Point and fly F86 and F100 jets in Europe in the 1950's. Ed White was ultimately brought into NASA in the second group of Astronauts, behind such legends as Scott Carpenter, Gus Grissom, Jon Glenn, Alan Shepherd, Wally Schirra, Deke Slayton, and Gordon Cooper.  Ed's first trip to space came aboard Gemini 4. He was then a backup for Gemini 7, and then chosen to be "Senior Pilot" for the ill fated Apollo 1 mission. 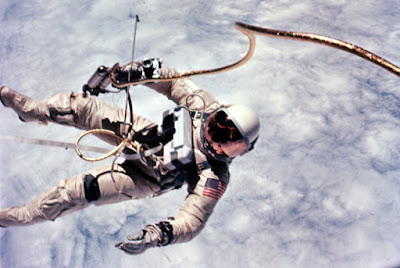 What strikes me so much about Ed White, is his excitement about space. Not that all of the astronauts aren't excited, but Ed White during that Gemini 4 spacewalk, was so freaking excited he wanted as much time as possible in space. To the point that NASA had to order him to get back to the ship!

"Im getting back in...and its the saddest day of my life" - Ed White Gemini 4

Even while knowing part of the reason for the time constraint was the chance that door of the Gemini capsule could malfunction and doom them both! That kind of excitement, even though it was way back in 1965, gets me excited about space! Here is one of the most "Ice in the Veins" men on earth and a talented well educated Engineer to boot, but he still had that sense of wonder and awe you might expect in a child. 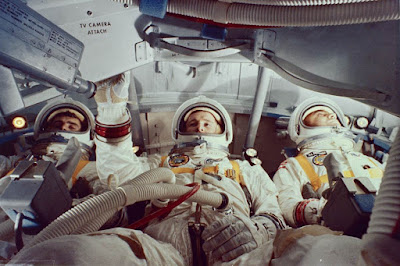 Ed White was selected to be the Senior Pilot of the Apollo 1 mission beside Gus Grissom, and Roger Chaffee. It was to be the first manned test of the command module that would ultimately take astronauts to the moon and back. But on January 27th 1967 during a launch rehearsal a spark from a wire started a fire in the cabin which was a 100% oxygen atmosphere. The hatch could not be opened quick enough and all three astronauts were killed. 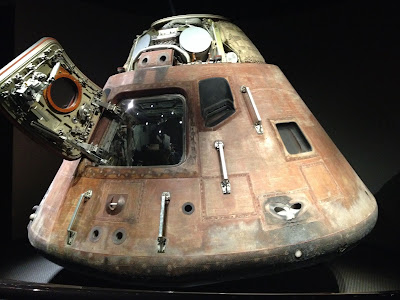 The problems were fixed and the Apollo program would go on to be a major success. But men like Ed White were crucial along the way. They had the "The Right Stuff" and were willing to challenge the unknown.

Ed White was also deeply religious man, which is another trait I admire and something that into today's world doesn't get talked about enough. Religion may mean different things to different people, but ultimately it's something that connects us to something bigger than ourselves. So often in modern discourse you will hear all sorts of voices trashing religion while conveniently ignoring the often overwhelmingly positive place it has had in history and the human experience. Whether or not those religions have become myth or are still in practice today.

Ed White, is an example of how awesome people can be.