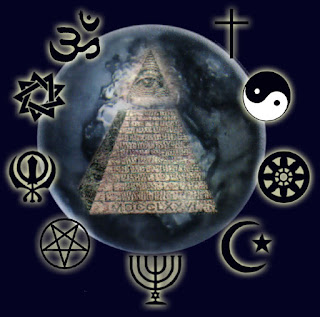 I feel the need to preface this post, I am not an 'expert' in history or religions nor do I claim to be. And what follows is my thoughts on a broad subject matter. I hope it's not to confusing!

If you've followed this podcast, or the Facebook page you've probably noticed a lot of the stories I've told so far have some pretty similar themes. Is that because some of them are the same story rebranded? St George vs the Thracian Horseman vs Horus and Set, or maybe Gilgamesh, Enoch, Thunderbirds, and Genesis? Its awfully tempting to look at these things and try to mash them together and form a single thread. This is called "syncretism".

Syncretism is not new and can be seen all over the world and throughout history. One example that immediately pops into my mind is Hermanubis. Hermanubis was a fusion between Hermes and Anubis. Hermes being a Greek/Roman god, and Anubis being an Egyptian god. This happens when people look at the stories from the outside and take two rough ideas and mash them into one because "its kinda the same", or to "make peace".

Today TV shows like the History Channels Ancient Aliens, while perhaps not using the word, push syncretism across a wide variety of mythologies and timelines to point to the idea of a more or less singular "Ancient Alien" history. From 'chariots of fire' in the Bible to space capsule looking carvings on temples in Southeast Asia. 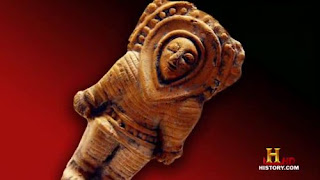 But is this really justified? In my opinion, in most cases, NO. And that's a firm no. What happens when syncretism runs amok, is that we strip these stories or religions from their roots and rob the adherents of the original intent or knowledge. Beyond that, the resulting view is often some bastardized thing without real roots in anything because it denied the history of both of the things that made it. Is Hermes, the god of trade, and travel really that similar to Anubis? Anubis originally being the god of the underworld and ferryman of souls to the afterlife?

It seems to me what happened was that the mere benevolence of each character was taken into account, and the rough idea that they were 'gods' along with 'in-between man and Zeus/Ra' then 'greeks in Egypt' and wallah! Hermanubis. Who then takes on a meaning all his own.

Here's a great article about this same idea as it pertains to Celtic mythology.

Syncretism often makes us look at things that might be pure coincidence and assume that they are related.

I myself have been guilty of it to a degree on this blog even, see my "Flood Myths" and "The World before the Flood" posts. While I don't necessarily make religious claims, I am pointing to these similar events (flood myths) and surmising that "something happened". But even that can be tricky, because the settings and origins of any given narrative can be wildly different.

Such is the case between The Book of Enoch, and Genesis, even though they are closely related as far as cultural setting and characters, Enoch and Genesis frequently contradict each other. It's fun to speculate about the broad story, but you have to be careful.

That goes doubly true if you are a religious person, if you start introducing a 2nd or third religion into your own initial religion or beliefs, are you even X religion anymore? Always be on guard!

I am a christian. So in my own personal experience, I routinely hear about 'pagan influence' and symbology within christianity and in particular some of the older denominations like Catholicism and Orthodoxy. In my own podcast about St Patrick, I talk about the shamrock. There is also St Patrick's cross with the circle, and take a peek around the Vatican sometime! Syncretism, while many times good intentioned by the bringer can at times can be a double edged sword. Allowing a message or a culture to cross a barrier, but then also wounding them both moving forward, even if the symbology was no more than a platitude or a teaching tool.

I once heard a man say "Text without context, is just pretext, for whatever you want to believe"

And that's the answer. For many of the stories, myths, legends, religions, and even science we encounter, the best course of action 99% of the time is to leave it in the context that it originates from.  Keep on open mind, sure.  But not so open that your brain falls out...