Creation stories are one of my favorite formats of lore. They're almost always chalk full of the supernatural. That's really the first step in people trying to understand reality, what it means to be a alive, and what morality to carry forward.

Ive been particularly interested lately in the lore and legends, or religion if you prefer, of the Native American peoples. There are as many different cultures out there as you could imagine. And each one  has its own stories to tell.

For this latest episode of the podcast it was the Navajo story of creation that caught my attention. But not wasn't all the intentional. I was actually on what I thought was a completely different subject altogether. Skinwalker Ranch. An infamous plot of land in eastern Utah that is ground zero for all sorts of weird paranormal activity. But more on that in future posts and podcasts...

What does this have to do with the Navajo? The term "SkinWalker" is one translation of the Navajo word "yee-naaldlooshii" which more closely means "it goes on all fours". But the context of the word is rooted in witchcraft. A SkinWalker was a bad, very very bad, witch. Said to have attained his or her status through awful means, usually killing a close relative.

But rather than just get sucked into "SkinWalkers" I wanted to at least try and get a better idea of the world the SkinWalkers evolved from. And that meant going back to the beginning of it all.

Now there are many retellings or versions of this story. For my podcast episode I borrowed primarily from book in the public domain written in 1897 by US Army Major Washington Matthews titled "Navaho Legends". You can click that link and it'll take you to it. In that book, Major Matthews set out to record as much as he could, because he realized it was something worth recording that was in danger of disappearing. Navajo lore, existed in an oral tradition. Stories were passed down through the generations by simply retelling them. So very little written material existed. But interestingly enough, Matthews says he picked the word "Legends" over "Myths" in the title because many of the stories weren't altogether mythical, they reflected actual historical events, locations, and dates in many cases. How much fantasy was built on top is left up to the reader.

There are a whole host of secondary sources that I read from, click the link or image to go to it:
navajopeople.org
navajolegends.org
firstpeople.us
sacred-texts.com

You get the idea. If you go through them you'll notice some have 5 worlds, some stop at 4. But the overall 'gist' of the story is always the same. Occasionally some characters will slightly change and do slightly different things, sometimes a character might just be missing entirely, but still the roots of the story are the same. In the podcast, I took what I thought was the interesting nuts and bolts narrative approach without trying to get to crazy with the details.


Many of the hallmarks of creation stories are present in this story. But immediately one thing that jumps out at you is that we are talking about different worlds with different features and creatures, and beings moving between them, usually because somehting went wrong. The number 4 also pops up in very ritualistic/religious fashion, many religions have favorite numbers (3, 7, 10, 12 anyone?). And we of course get a short flood narrative ending one world leading to another. Cant seem to leave out the flood myths!

Some weirder things too, like the mirage people. Who are what they sound like, supernatural beings that you can't quite be sure of their presence, like a mirage. They appear and disappear suddenly. The first people actually marry some these beings. And this leads to issues with witchcraft and sorcery that are generally kept secret. Oh ya, it precedes the flood part too. (see also my podcast on Enoch to get weird with it. And then my post on syncretism to reel you back in)

Aside from the supernatural backdrop of the story we get little nuggets about morality, adultery is mentioned as a bad thing, as is violence. That might seem "easy" to say, but remember in these origin stories we're talking about a world before the religion. Modern secular culture frequently takes that for granted when looking at religion. And atheist are often downright hostile to it, and like to assume its meaningless with nothing to back that up. If nothing else, these works perhaps represent the equivalent of an 'academic journal' entry in philosophy that changes how people think.

We also see a husband and a wife get into an argument over dinner. In the 1897 story, the man sits down for a meal and the wife gives him a bowl of soup. Afterwards she says some of the cuff derogatory remark and then wipes her dirty hands on her clothes. The man is disgusted and angry, so he gets up and leaves. Pretty classic right? The ole' battle for respect and who's busier than who. This fight drags out for years until they can finally accept that on some level they each need the other.

I end the podcast much how I began this blog post, with some SkinWalker talk. In the story, the people want to make masks to be able to hunt better, but they can't quite figure it out. The gods intervene and help them. Now they can wear the masks and also move like the animals while wearing them. I am no expert here to be sure, but that is a photo-skinwalker if you ask me. The whole idea is that the "skinwalkers" could transform into an animal, often a wolf, coyote, bear etc... and move about however they needed. I'll add on top of this that prior to that, the other contact with gods involved legitimate witchcraft and the sharing of 'awful secrets'.

I plan to follow this episode up with at least one episode on Native American Witchcraft, and certainly there will also be one (or 2 or 3) Skinwalker Ranch. If we're lucky, I might be able to provide a little more insight into the ranch in terms of people with experience..... still working that out.

Be sure to subscribe to the podcast and check back here frequently for updates!

Hope you enjoyed the podcast, and I hope this blog post was entertaining and informative. If you think I'm right, wrong, nuts, or if you have your own story or hot take, leave a comment below!

And if you feel generous, leave me a tip at paypal.me/loreandlegends , much appreciated! 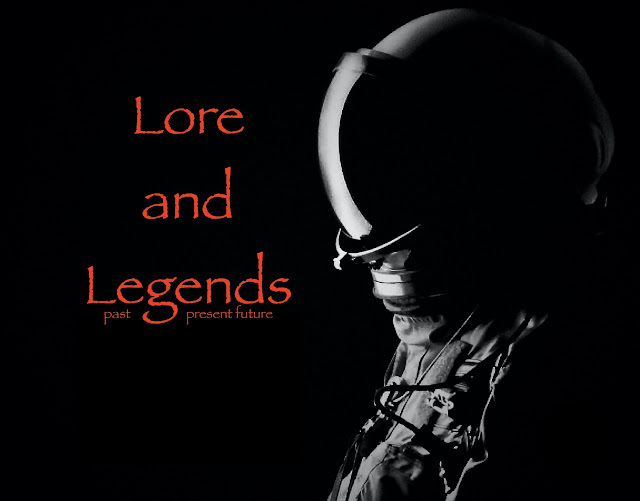